RAIAVIN founded in 2002 by Mahdi A.Naeeni and Moin Samadi in Tehran. All these years, we are proud to create good animations. Our goal is to create original and creative films which take place in the world of Animation.

Born in 1979 in Kermanshah / Iran Studied graphic design Self-studying animation and cinema since 1992. Making short animation films independently since 1994. Making TVcommercials since 2005. Director of Raiavin studio since 2009 Co-Founder of Wooden Wings studio in 2010. Experience of Teaching, Researching and Judging Animation since 2006. Participating in Iranians and Internationals Festivals and won some awards. 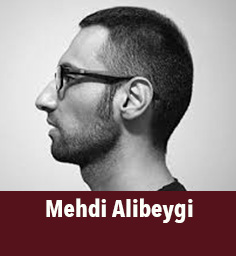 “Imagination is the beginning of creation. You imagine what you desire, you will what you imagine, and at last, you create what you will”
- George Bernard Shaw

All these years we made films and found lots of amazing creative friends.